The existing building has been remodelled and expanded to house a Day Surgery Area including operating and endoscopy rooms as a result of the long distances and problematic access in winter to the referral hospital in the city of Avila. To free up space, the upper floor has been occupied with the laboratory and extractions area; also an outside elevator for beds has been installed, in order to facilitate the urgent transfer of patients. Minor changes of distribution in the primary care area, which shares the same building, have been performed. 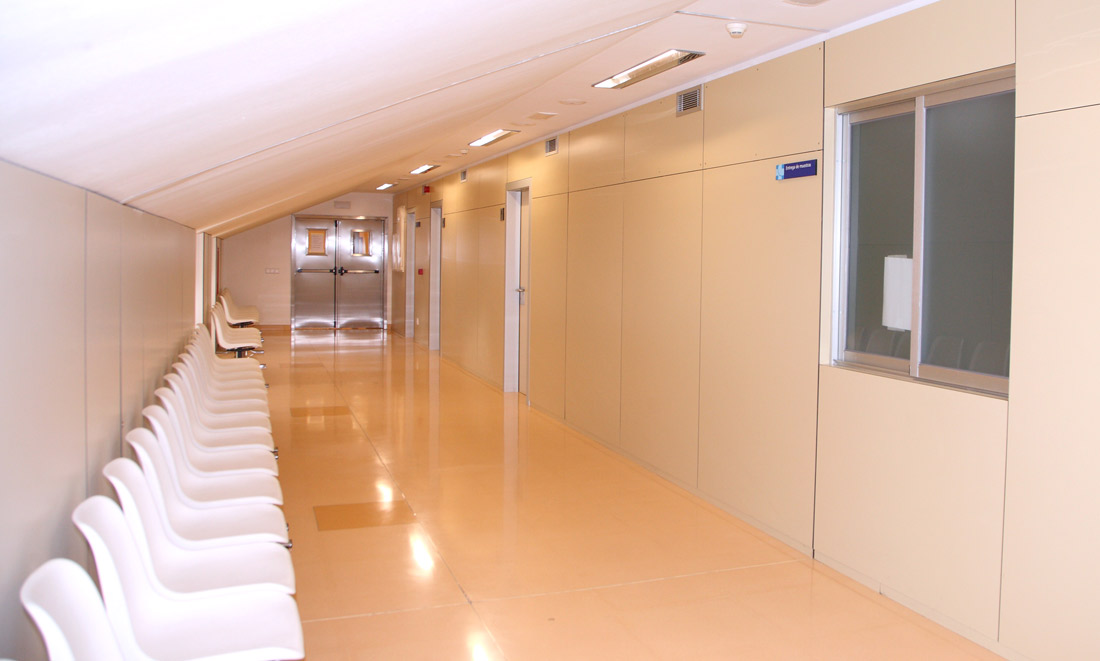