Located in an area of new development, east of Sant Antoni de Portmany, in the isle of Ibiza. The building is compact, with three floors. The external walls are made of GRC panels, with the aim to integrate with the environment through colour, texture and the reduction of scale produced by the loss of reference of floors from the outside. Facades exposed directly to the sun cover outer circulation corridors, closed on the east and west and open to the south.

Outpatients consultation rooms and their waiting areas open to opposing internal glazed patios. The extensive functional program will give assistance to the most part of the west of the isle, including differentiated areas for Clinics (including specialties), Emergency, Radiology, Samples Collection, Physiotherapy, Obstetrics, Odontology, Mental Health, etc. 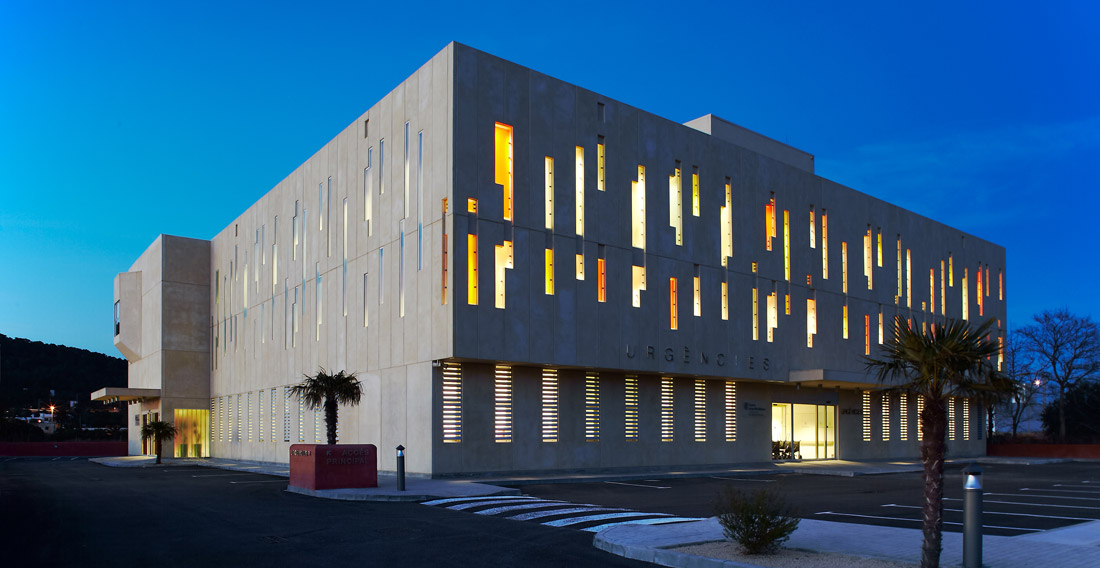 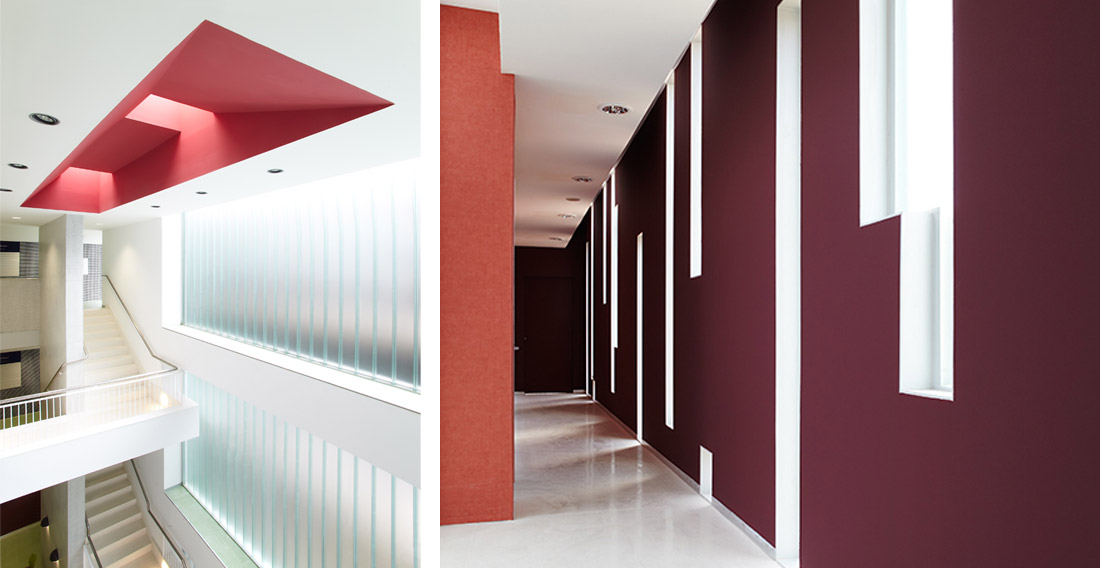 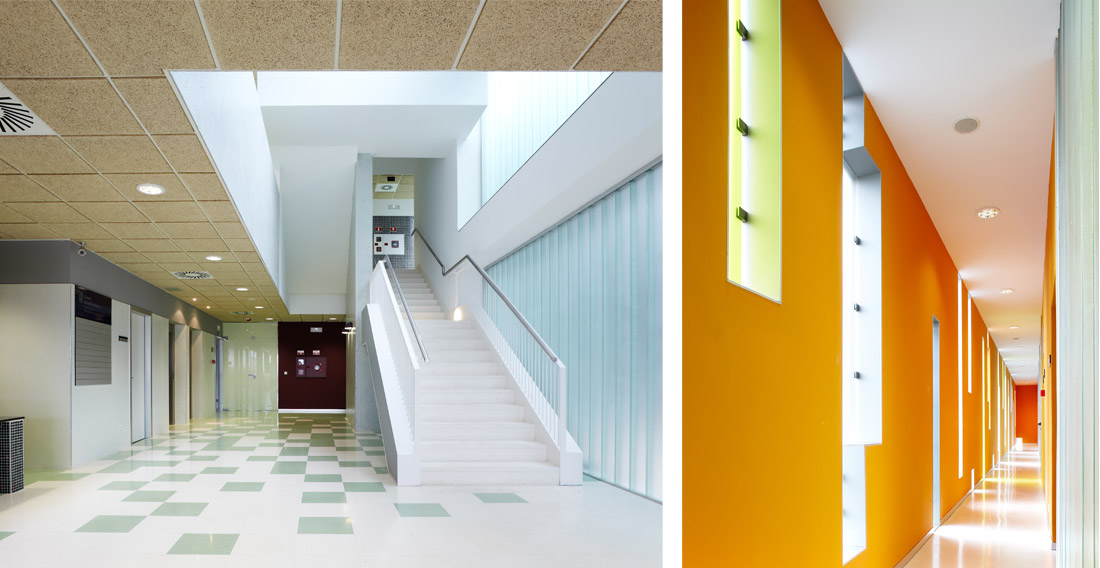 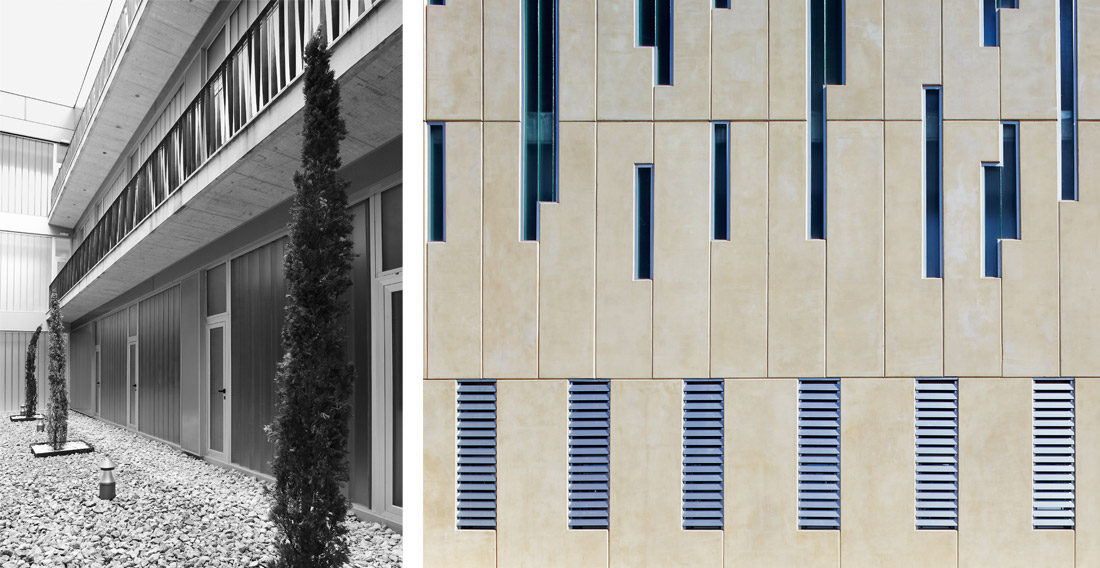