This hospital belongs to the last generation of infrastructures centrally planned in Spain through the Ministry of Health.

Since its opening in 1997 is being managed by the fund "Fundación Hospital de Alcorcón". The influence area ranked the hospital as regional, with a capacity of 576 beds, rendering medical attention to towns in the western area of Madrid and relieving pressure on the referral hospital.

Its design represented a challenging and radical proposal at the time, conceived as an extensive urban system with its own rules for zoning, proportionate, and regulate uses and future growth.

Under this scheme all central services are grouped in a single floor, organized in square blocks within a saturated circulation web; while two of the sides are occupied with more emphatic volumes, corresponding to outpatient's services and in-patients wards. 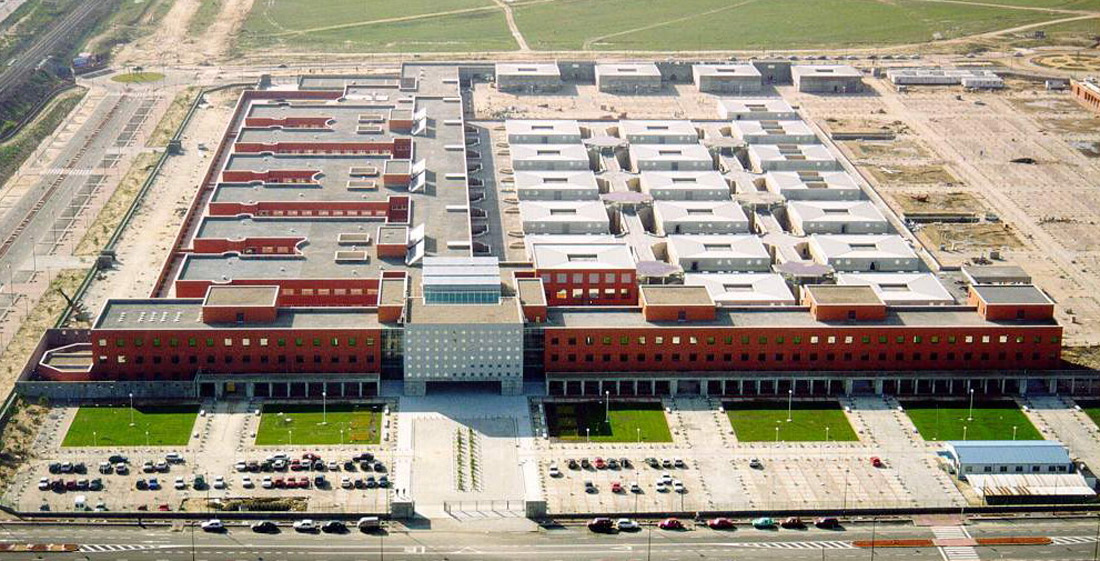