The plot is located between Camp de Mar beach (Andratx) and the golf club; a part of the land presents a considerable slope.

We have projected eight blocks with three floors plus basements, with a total of 69 apartments. Parking, storage and technical rooms are located underground, distributed in two common areas for each four blocks. The "T" shape of the floor plan responds to the particular design of the houses as each one has façades to three sides, improving orientation, views and natural ventilation, while preserving privacy. Level among the three members of the "T" changes as required, to convey with the natural slope of the terrain. The pool gymnasium and other common areas are located in the centre. 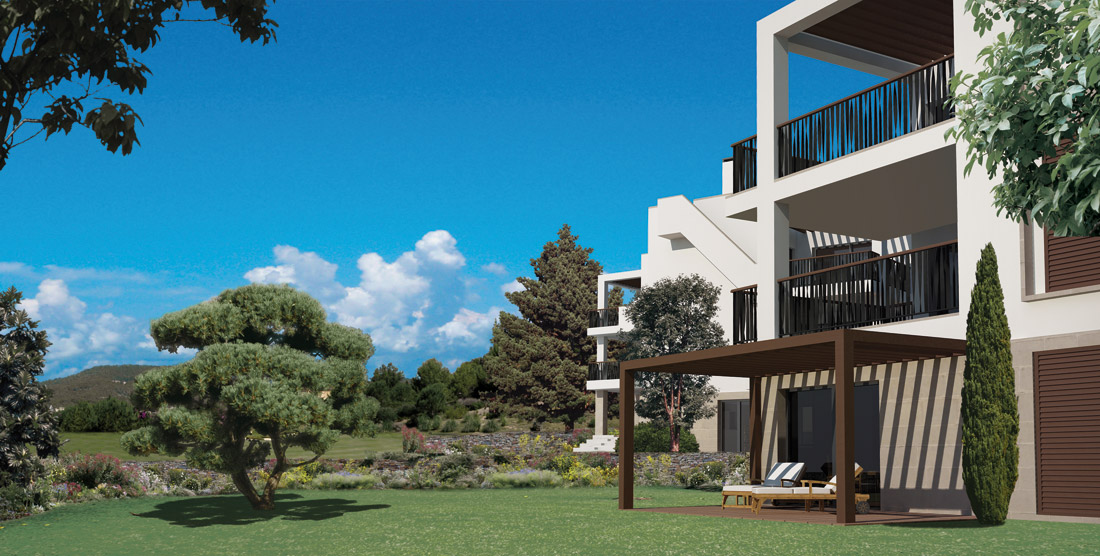 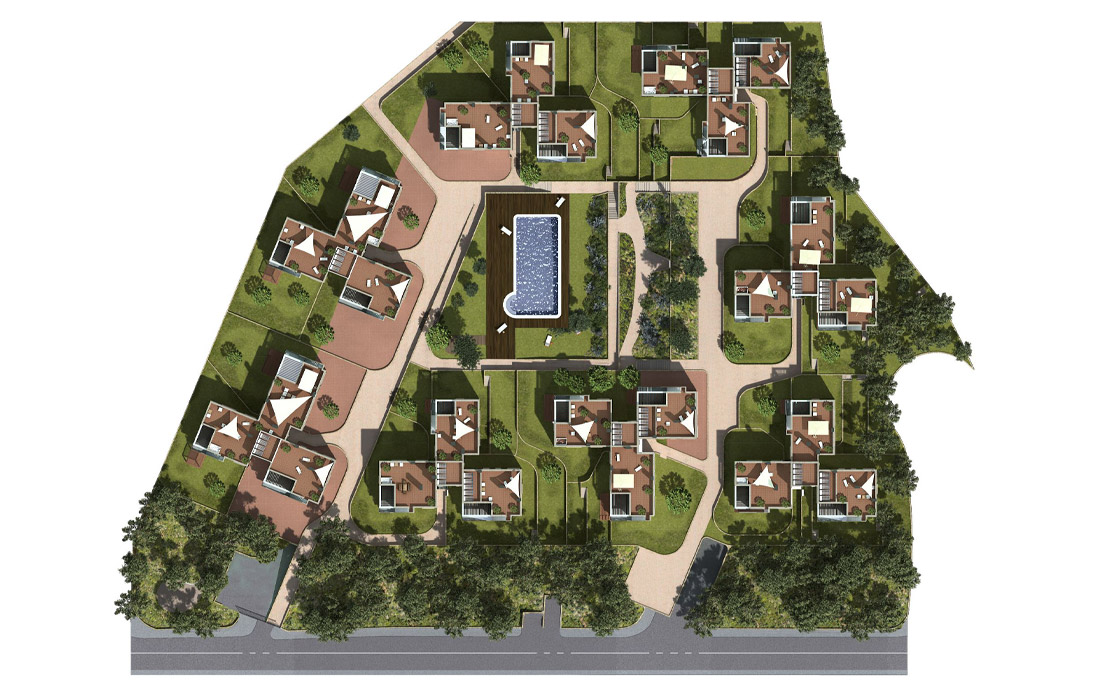